Cthulhu awakes. . . then goes for coffee.

Project: Everything!!! - New stuff, old stuff, show entries et al.
Mood: Optimistic, full of energy like a man on the edge, until the aliens get me!
Media: The X-Files and The X-Files Files Podcast

Two new limited edition Cthulhu items are fresh out of the kiln this morning. I was going to have a vote-off to see which one I was going to produce BUT so many people have been wanting more Cthulhu mugs that I've decided to make them both!! 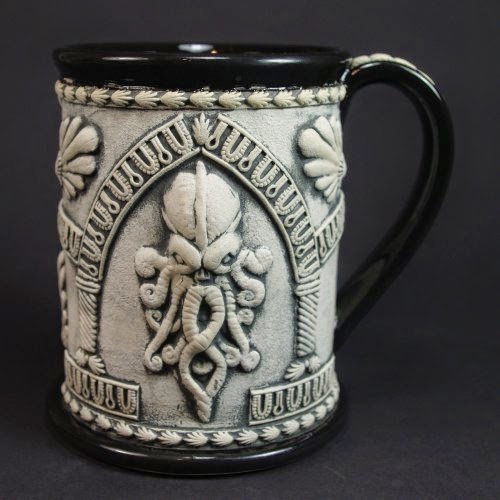 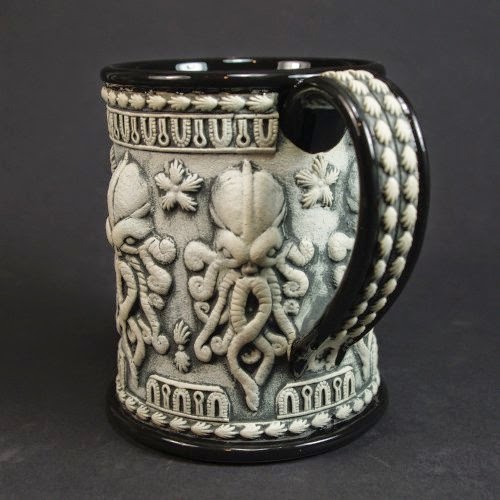 The Cthulhu "Cathedral" Beer Stein and the Cthulhu "Hex" Beer Stein will be a limited run of 25 pieces each. Everything is in production now, so if you missed out on my first Cthulhu mug from my Indiegogo campaign last year, this is your chance to get something now. My Steampunk Gear Steins are also still available for order (Plus the new Rusty Gear Stein) and there are 3 Limited Edition Cthulhu Steampunk Cookie Jars available for order. 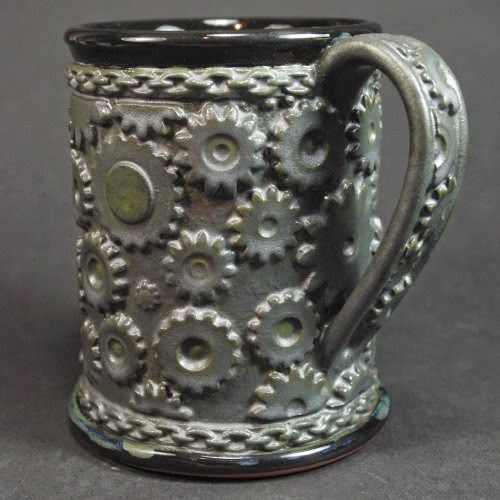 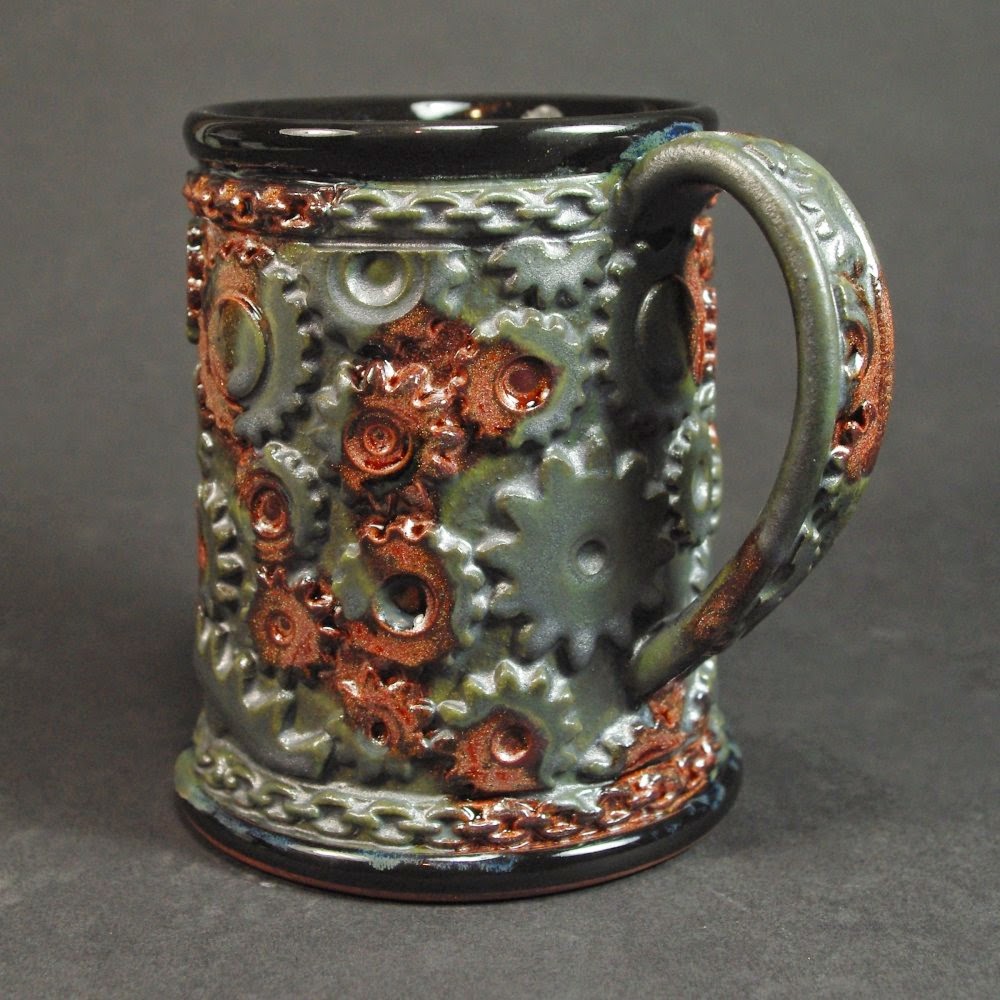 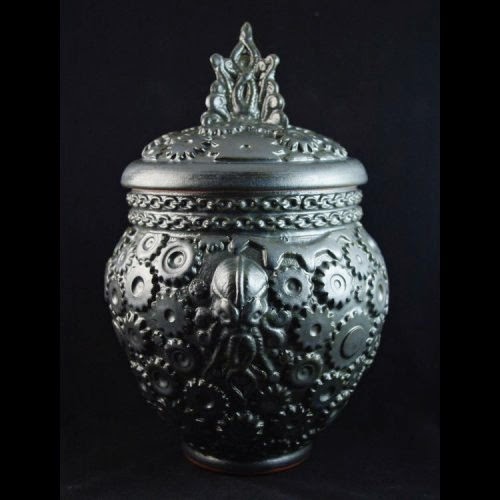 If you like the Cthulhu imagery you may also like the newest cookie jar I made for a competition entry, "Temple of R'lyeh". It is currently not for sale, as its entered in a competition, but if that changes I will post about it. 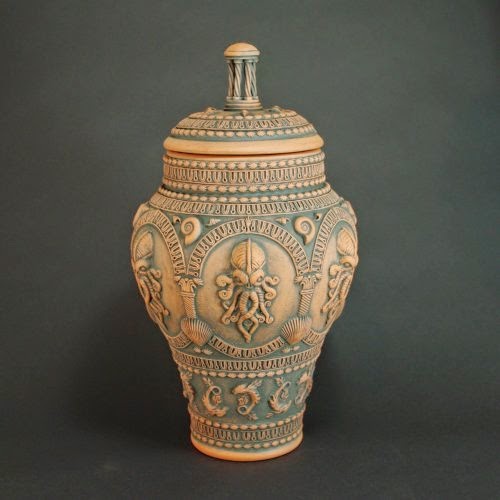 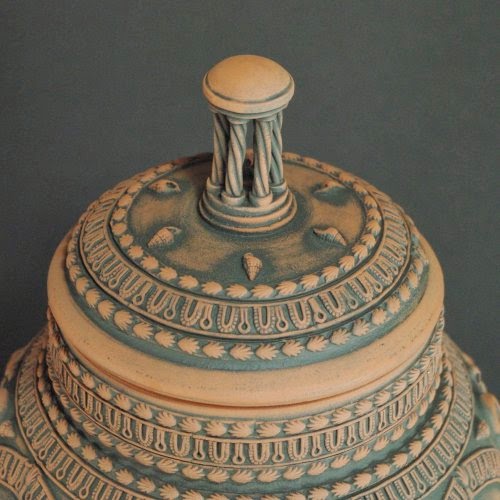 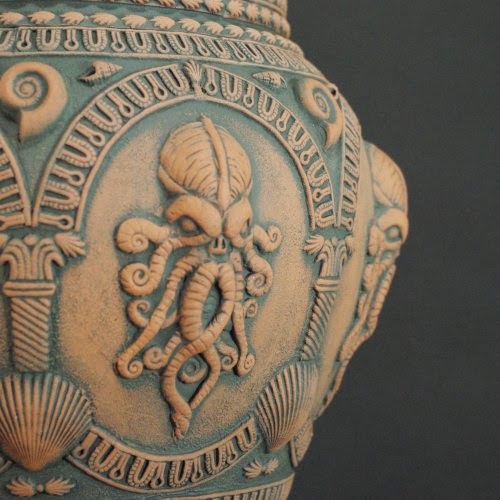 But why are you only making limited editions?
- I do not describe myself as a production potter. I cannot sit and make the same thing a hundred times a day, I would go nuts.The best I can do is to make the same thing about 10-25 times then I am done with it. The more complex, the less there will be.
- I do actually have regular production work that I make, its sufficiently diverse that I can make it over and over, go here to see!

Will you be making more Cthulhu Mugs?
- I have an idea in my head for one more design, a red clay pint glass beaker style Cthulhu beer label thing. I want to clear everything else on my plate first so this will not be produced until January 2015, then I'll probably put it down for a while.
- I will also be designing some other limited edition non-Cthulhu mugs too.